This December I spent a few mornings in Detroit. This took me to the Packard Plant, the Brewster Recreation Complex, and The Avalon, the neatest cafe in the city. One morning was spent with photographers; the other with a cellist from the Michigan Opera Theatre.

I haven’t been in a parade since I was 10. That year, it was in May, and it was the May Day “Blue Army” parade on Ouellette Avenue. I was an altar boy at a Catholic Church in Riverside, Ont. (now part of Windsor). The bishop of London was there to bless us. Hundreds of altar boys, nuns, priests, Knights of Columbus members, all marching in the faith. We were the answer to the May Day parades in Moscow. Or so we were told. It was the 1950s. We feared an attack by the Russians. Any day.

And so I was thinking of this as I was asked to be in yet another parade. This time as an adult. This time for Santa Claus. I was there as the Poet Laureate. I stood in the cold waiting for the white 2008 Mustang driven by 22-year-old Holly, a dental assistant in Windsor. It was such a relief slipping into the seats of her car, the heater full blast to warm my cold feet.

I was so amazed at the crowds along Ouellette Avenue. And I recognized so many people. This was spectacular. So well worth doing.

On top of that, I brought along a small camera and photographed the behind-the-scenes goings on. Here are some of those photos. 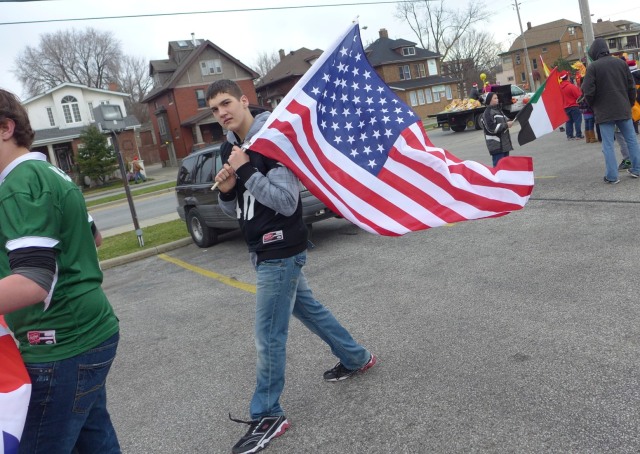 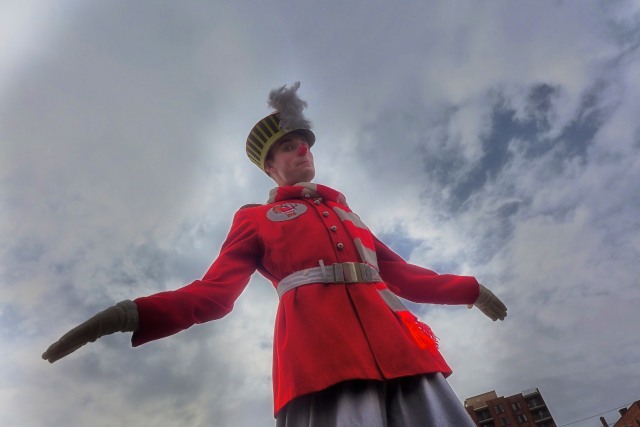 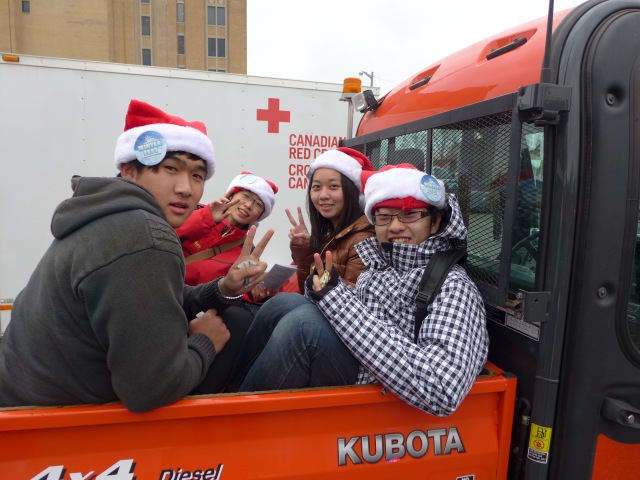 The other day, I went back to 167 Ferry Street, now former home of The Windsor Star. (The Star has moved to the old Palace Theatre building) I wanted to walk through the empty newspaper office where I worked. I wanted to see the old Crabtree Press that was installed there in 1954. I fondly remember its thundering presence. I felt compelled as Poet Laureate of Windsor to write about this place of storytelling in Windsor’s history. I felt compelled to share these images in photographs and words.